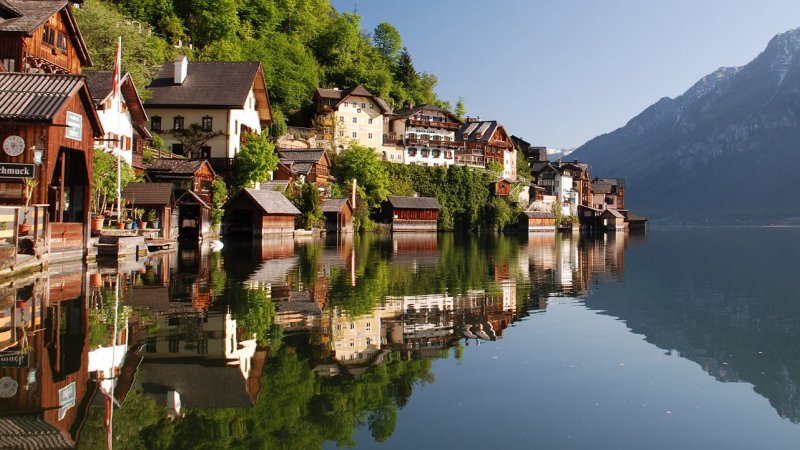 Wilhelm Raabe expressed it thus in his novel "Keltische Knocken": "In All Weathers Hallstatt is an attraction.

"One could follow this quotation with many more - such as the way in which Adalbert Stifter describes the view of the lake in his "Feldblumen": "It throws up not a single wave, and the throne around it rests deep and sunny and solitary in its damp green - and a small boat glides forward, tracing a glistening band." That which makes Hallstatt special was succinctly quoted by Rudolf Lehr - journalist and Hallstatt resident by choice, "You want to be alone? In three minutes you are in solitude. Thoughtful? Visit the charnel house. Inquisitive? Hallstatt has two museums. Prefer social contact? Then simply choose: tennis, sauna, fishing, rowing, swimming, boat rides, grill courses, camping, hiking and mountaineering, lake concerts, town-square concerts, evenings of local culture, excursions in the surrounding area...? Even our Hallstatt Theme Trail can offer only a few glimpses of the depth of our history. But perhaps it would help you to discover the special flair of this unique town with a little background knowledge."