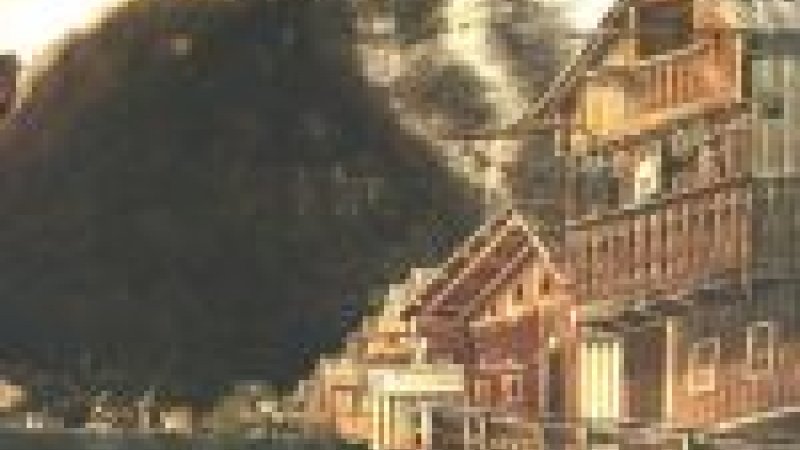 Small village with a great history

Salt was a valuable resource, so the region was historically very wealthy. It is possible to tour the world's first known salt mine named Salzwelten, located above downtown Hallstatt. The village also gave its name to the early Iron Age Celtic Hallstatt culture and is a World Heritage Site for Cultural Heritage. Hallstatt is a popular tourist attraction owing to its small-town appeal and can be toured on foot in ten minutes.

In 1846, Johann Georg Ramsauer (1795–1874) discovered a large prehistoric cemetery near Hallstatt, which he excavated during the second half of the 19th century. Eventually the excavation would yield 1,045 burials, although no settlement has yet been found. This may be covered by the later village, which has long occupied the whole narrow strip between the steep hillsides and the lake. Some 1,300 burials have been found, including around 2,000 individuals, with women and children but few infants. Nor is there a "princely" burial, as often found near large settlements. Instead, there are a large number of burials varying considerably in the number and richness of the grave goods, but with a high proportion containing goods suggesting a life well above subsistence level.

The community at Hallstatt exploited the salt mines in the area, which had been worked from time to time since the Neolithic period, from the 8th to 5th centuries BC. The style and decoration of the grave goods found in the cemetery are very distinctive, and artifacts made in this style are widespread in Europe. In the mine workings themselves, the salt has preserved many organic materials such as textiles, wood and leather, and many abandoned artefacts such as shoes, pieces of cloth, and tools including miner's backpacks, have survived in good condition. Finds at Hallstatt extend from about 1200 BC until around 500 BC, and are divided by archaeologists into four phases:

Hallstatt A-B are part of the Bronze Age Urnfield culture. Phase A saw Villanovan influence. In this period, people were cremated and buried in simple graves. In phase B, tumulus (barrow or kurgan) burial becomes common, and cremation predominates. Little is known about this period in which the typical Celtic elements have not yet distinguished themselves from the earlier Villanova-culture. The "Hallstatt period" proper is restricted to HaC and HaD (8th to 5th centuries BC), corresponding to the early European Iron Age. Hallstatt lies in the area where the western and eastern zones of the Hallstatt culture meet, which is reflected in the finds from there.

Hallstatt is succeeded by the La Tène culture.
Hallstatt C is characterized by the first appearance of iron swords mixed amongst the bronze ones. Inhumation and cremation co-occur. For the final phase, Hallstatt D, daggers, almost to the exclusion of swords, are found in western zone graves ranging from c. 600–500 BC. There are also differences in the pottery and brooches. Burials were mostly inhumations. Halstatt D has been further divided into the sub-phases D1-D3, relating only to the western zone, and mainly based on the form of brooches.

Major activity at the site appears to have finished about 500 BC, for reasons that are unclear. Many Hallstatt graves were robbed, probably at this time. There was widespread disruption throughout the western Hallstatt zone, and the salt workings had by then become very deep. By then the focus of salt mining had shifted to the nearby Hallein Salt Mine, with graves at Dürrnberg nearby where there are significant finds from the late Hallstatt and early La Tène periods.

Much of the material from early excavations was dispersed, and is now found in many collections, especially German and Austrian museums, but the Hallstatt Museum in the town has the largest collection.

There are to date no recorded notable events that took place in Hallstatt during Roman rule or the early Middle Ages. In 1311, Hallstatt became a market town, a sign that it had not lost its economic value. Today, apart from salt production, which since 1595 is transported for 40 kilometres from Hallstatt to Ebensee via a brine pipeline, tourism plays a major factor in the town's economic life. Tourists are told that Hallstatt is the site of "the world's oldest pipeline", which was constructed 400 years ago from 13,000 hollowed out trees. There is so little place for cemeteries that every ten years bones used to be exhumed and removed into an ossuary, to make room for new burials. A collection of elaborately decorated skulls with the deceased's name, profession, date of death inscribed on them is on display at the local chapel.

Until the late 19th century, it was only possible to reach Hallstatt by boat or via narrow trails. The land between the lake and mountains was sparse, and the town itself exhausted every free patch of it. Access between houses on the river bank was by boat or over the upper path, a small corridor passing through attics. The first road to Hallstatt was only built in 1890, along the west shore, partially by rock blasting. However this secluded and inhospitable landscape nevertheless counts as one of the first places of human settlement because of the rich sources of natural salt, which have been mined for thousands of years, originally in the shape of hearts owing to the use of an antler pick. Some of Hallstatt's oldest archaeological finds, such as a shoe-last celt, date back to around 5500 BC. In 1846 Johann Georg Ramsauer discovered a large prehistoric cemetery close by the current location of Hallstatt. Ramsauer's work at the Hallstatt cemeteries continued until 1863, unearthing more than 1000 burials. It is to his credit and to the enormous benefit of archaeology that he proceeded to excavate each one with the same slow, methodical care as the first.

UNESCO World Heritage region | Explore the village of Hallstatt, the oldest saltmine ofthe world, the fantastic ice cave or the great mammut cave. Besides the historical information there are numerous stories that cannot be found in any book or internet portal. 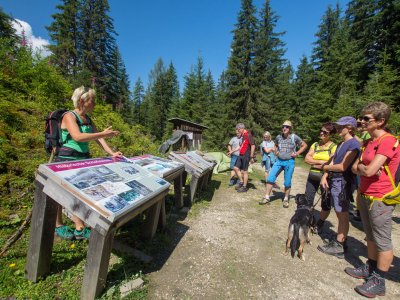 His methods included measuring and drawing each find, in an age before color photography, he produced very detailed watercolors of each assemblage before it was removed from the ground. In the history of archaeology Ramsauer's work at Hallstatt helped usher in a new, more systematic way of doing archaeology. In addition, one of the first blacksmith sites was excavated there. Active trade and thus wealth allowed for the development of a highly developed culture, which, after findings in the Salzberghochtal, was named the Hallstatt culture. This lasted from approximately 800 to 500 BC.

The picturesque village on the lake with the same name owes its existence to the rich salt deposit of salt in the mountain of Hallstatt. 7000 years ago, as the prehistoric humans from Hallstatt began to take the salt from the salt mine who would of guessed, that this little village would give its name to a period in history – the Hallstatt period (800-400 BC). Rich findings in Hallstatt and the upper valley of Hallstatt gave this village international recognition; even today discoveries are still made in the salt mountain of Hallstatt.  Among the most beautiful places of interest are the oldest salt mine in the world and the ossuary in Hallstatt, a romantic boat ride on Lake Hallstatt, a trip to the breathtaking cave world in Obertraun and a visit to the Lake Gosau with the mighty Dachstein glacier. Additionally, Bad Goisern is popular in the summer with hikers and bikers. In winter guests are lured in by the ski areas of Dachstein West in Gosau and the Ski and Freeride Arena in neighboring Obertraun with perfect slope conditions. We wish you an unforgettable holiday in Hallstatt!

Quickly and securely to the most beautiful apartments, the best hotels, the most cozy guest houses (B & B's) and the most spacious holiday homes around Lake Hallstatt and the Gosau Valley. Don't look around - book now! Just a click away! 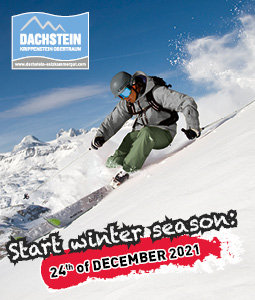