The history of the House

On our unique lakeside terrace under, under the 140 year old chestnut tree and in the cosy dining rooms you will find peace and relaxation, food and drink.  Beer was always served to the citizens and saline workers, along with simple meals. Thus, at the end of the 19th century they began to run a kitchen, which soon earned an excellent reputation among the ever increasing summer guests. As a traditional inn we offer our guests a good traditional Austrian cuisine with innovative ideas.

Our cooks come from Austria, Slovakia, Hungary and Bosnia, virtually the old Austria. Here in the Bräuhaus they combine their regional cooking skills with typical dishes from our region and are open to innovative ideas. We place particular emphasis on fresh products, especially from the region, such as Zauner the butchers, vegtables from Ernst Grabmeyer, Höplinger fishery from St. Wolfgang, Stiegl brewery, Austrian wines, Bad Goisern schnapps. All dishes are freshly prepared.

"One should celebrate the parties as they come", however you can celebrate them within a great ambiance with atmosphere and festive setting, which lifts the mood as well as honors guests and hosts. Weddings and birthdays are gladly celebrated within our historic building. We set tables of every kind for you and your valued guests, and will help you put together your personal celebration.

Especially popular for celebrations is the old “Bräustüberl“ on the first floor, where Emperor Maximilian once dined. Adjacent to the parlour, which can seat 35-guest, is a traditional hall, which can accommodate a further 80 guests. Take a tour of the house and a visit to the first floor and take a look at the rooms.

Our lakeside terrace with awning and chestnut tree has 120 seats. In the former brewery vaults on the ground floor there are now 2 guest rooms with a total of 70 seats. Many photos of celebrations

The history of the house

The oldest known record of the house dates back to 1472 and lists the building as a „Salzfertiger-Haus“ (Salt traders house). Salt traders were citizens of Hallstatt, who had the imperial right to buy the salt from the saline and thus to trade. Back then, the salt was stored in tuns (wooden salt barrels in conical form) within the deep cellars, until they were loaded on to barges, (salt ships and predecessors of today's “Plätten“ which are the traditional wooden boats you see) across Lake Hallstatt and continuing along the Traun and Danube rivers onto the „Black Sea". In 1504 Emperor Maximilian I, who was reffered to as the "last knight", granted the house brewing rights. Its own source of water guaranteed the production of an excellent, syrupy, bottom-fermented strong beer, which was served in the mighty vaults.

In 1917 the entire copper stock in the country had to be handed over to the government for melting down for the production of munitions. Unfortunately this included the three large brew kettles belonging to the brewery. Beer was always served to the citizens and saline workers, along with simple meals. Therefore besides serving beer and also Wine – they began to run a kitchen, which soon earned an excellent reputation among the summer guests, who visited the Salzkammergut for their summer holidays. After 400 years, the time-honored „Gemeinen Marktbräuhaus zu Hallstatt" („“Municipal Marktet Brewery of Hallstatt"), as listed in old documents bacame the "Bräugasthof" (brewery guesthouse). Since 150 years, the "Bräugasthof" has belonged to the Lobisser-Höplinger family.

As she had no children of her own, Mrs. Miadl Klackl brought her nephew Josef Höplinger from St. Wolfgang to Hallstatt to continue the “Bräuhaus“ and “Gasthof Simony“.

With his diligence, enthusiasm and hard work, along with his wife Elfriede, he brought sensational innovations to his house; such as the first water closets in Hallstatt and a modern kitchen range. In such an old substance there are endless things that need to be repaired. Thanks to their handicraft skills and love for the house, the family, Verena with her Arnold, could upkeep the house and pass it on.

As a result this special treasure chest, bacame popular and appreciated by visitors from near and far, musicians and artists. After seven years of leasing, the daughter Verena Lobisser took back running the guesthouse in 2007. Each year a little is loveingly, discreetly and very tastefully renovated and renewed, without losing the original flair, in order to offer the guests the necessary comforts.

In the Bräugasthof there are many events, lots of music and many festivals. The Bräuhaus is a meeting place. This is where people come together. 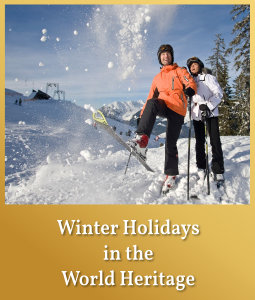 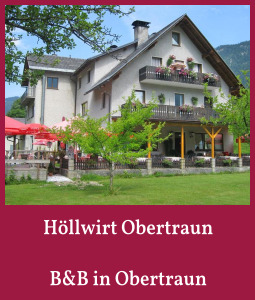